What is Pegasus Spyware? | What Actually Pegasus Do? | How does it infect devices?

Alert Buddy if you are using Whatsapp, you may get hacked by the third person. If you think Whatsapp use end to end encryption technique in Video calling.

So it is quite impossible to hack your account but hackers are able to take over your phone by simply calling it, whether or not you answer. Today I gonna show you how Pegasus Spyware control your services.

What Is Pegasus Spyware?

Before I explain What is Pegasus Spyware first need to know about Malware. Users did not even have to accept the call, and it was often hidden from logs, the paper said. Pegasus is said to be around for about three years and it is not your ordinary spyware.

Traditionally, Pegasus works by sending a link, and if the target user clicks on it. After that, it is installed on the user’s device.

Once installed, it begins to contact control servers which allow it to relay commands.

So one can gather data from the infected device. It has the potential to steal your passwords, contacts, text messages, calendar info, as well as voice calls made through messaging apps. As in the case of, WhatsApp.

The threat doesn’t stop there as it can even let the hacker have access to your phone’s. For Instance, a camera, microphone and GPS to track live locations.

Pegasus has been around for at least three years and it was also believed to have been used to target Indians earlier as well. According to Citizen Lab’s report, the Pegasus spyware leaves no visual clues when your device is infected.

The spyware targeted a vulnerability in the WhatsApp VoIP stack which is used to make video and audio calls. By just giving a missed call on someone’s WhatsApp number.

It allowed Pegasus to gain access to the device. This essentially means that despite offering high-end data encryption for chats. WhatsApp overlooked the security of its calling feature. 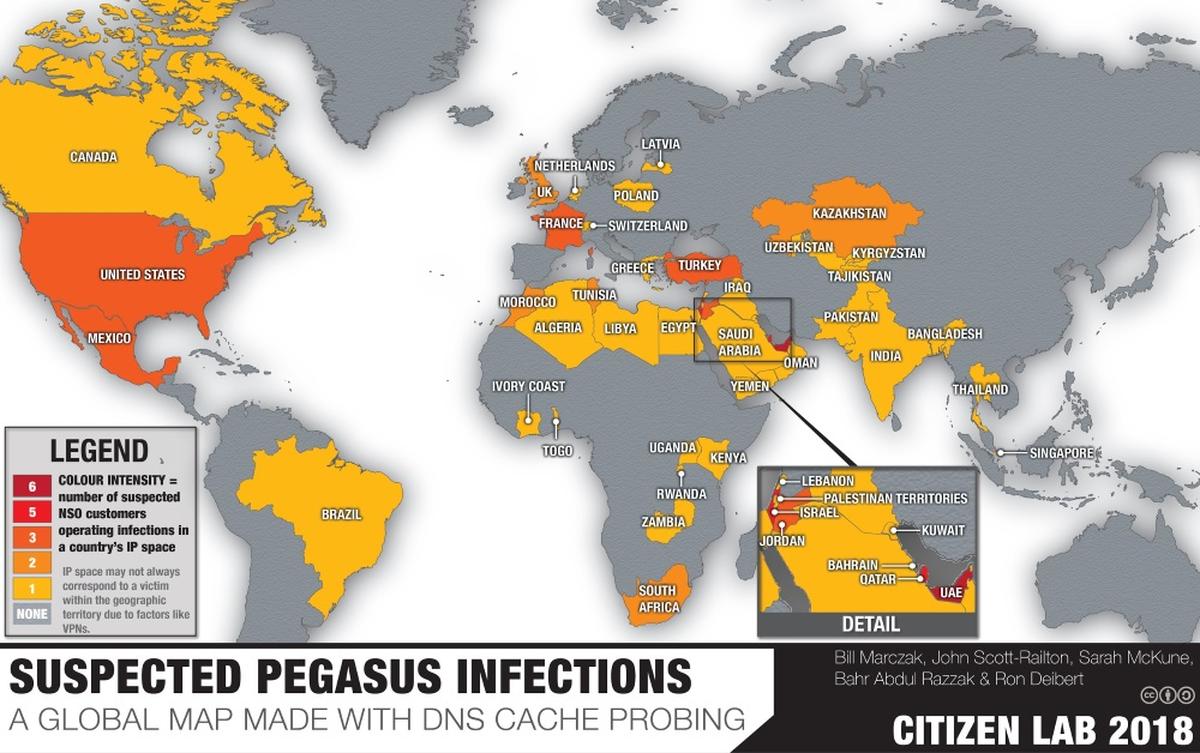 WhatsApp took the help of The Citizen Lab at the University of Toronto. As for where researchers confirmed that Pegasus is flagship spyware from NSO Group and is also known by different names like Q Suite and Trident.

Pegasus can not only be used to attack Android devices but iOS as well. Pegasus has been used in the past to take over a target’s device. And just simply asking users to click on a link packaged under a fake offering.

Notably, while companies that make spyware are usually under surveillance, the way they pitch their ‘tool’ to governments is completely different.

In fact, Eva Galperin, Director of Cybersecurity at the Electronic Frontier Foundation (EFF) has even shared the Product User Guide for Pegasus. And They giving a deep look as to how the spyware works. How to organizations that make use of it, can overcome certain challenges to achieve mobile intelligence collection.

The first reports on Pegasus’s spyware operations emerged in 2016, when Ahmed Mansoor, a human rights activist in the UAE, was targeted with an SMS link on his iPhone 6.

The Pegasus tool at that time exploited a software chink in Apple’s iOS to take over the device. Apple responded by pushing out an update to “patch” or fix the issue.

In May 2019, the Financial Times reported that Pegasus was being used to exploit WhatsApp. and spy on potential targets. WhatsApp issued an urgent software update to fix the security bug that was allowing the spyware to exploit the app.

What Actually Pegasus Spyware Do?

The target’s phone camera and microphone can be turned on to capture all activity in the phone’s vicinity, expanding the scope of the surveillance. Instead of that key features of Pegasus, according to the brochure are the ability to access password-protected devices, being totally transparent to the target.

Also, leaving no trace on the device, consuming minimal battery, memory and data. So as to not arouse suspicion in more alert users. a self-destruct mechanism in case of risk of exposure, and the ability to retrieve any file for deeper analysis.

Read Also What is Malware | types of Malware | Malware on Android