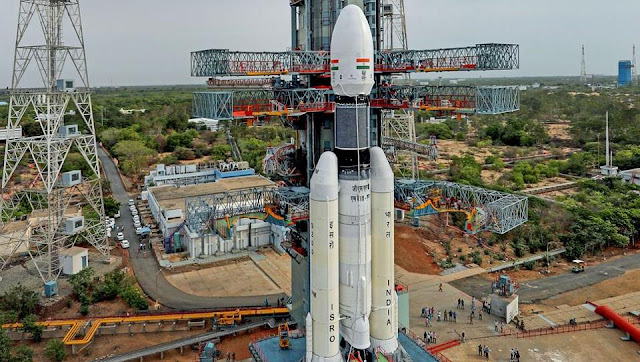 Chandrayaan-2 will land on the moon’s surface. It is important for us to know that Chandrayaan-2, why and how important this mission is.

Chandrayaan-2 is India’s second lunar exploration mission after Chandrayaan-1. Developed by the Indian Space Research Organisation (ISRO), the mission is planned to be launched to the Moon and to make a soft landing on the unmapped surface of the Moon on the South Pole.

Chandrayaan-2 will be launched from Satish Dhawan Space Center at Sriharikota onboard GSLV Mk-III on 15th July 2019. In about 55 days on 6th or 7th September. 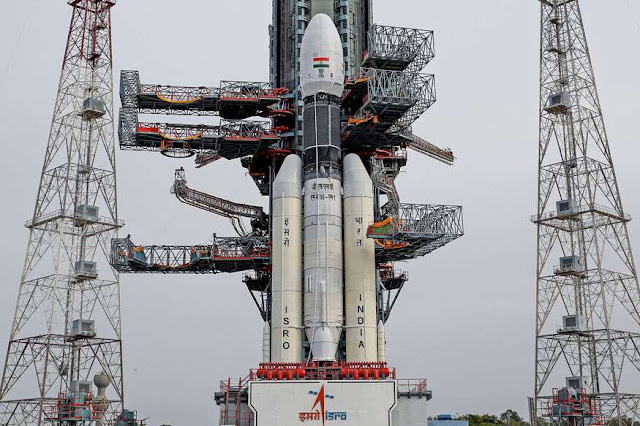 What is the Purpose of Chandrayaan-2?

Its purpose is to gather information about the Moon. To make such a search that will benefit all humanity with India as well. Based on these tests and experiences, major changes will be made in the preparation of future operations. Chandrayaan 2 is an Indian lunar mission that will boldly go where no country has ever gone before — the Moon south polar region(दक्षिणी ध्रुव).

The main aim is to improve our understanding of the Moon and promote global alliances and inspire a future generation of explorers and scientists.

The spacecraft will have :

In November 2007 Russian space agency Roskosmos had said that he would work together in this project. He will give Lander to ISRO.

In 2008, this mission received permission from the government. The design of Chandrayaan-2 was completed in 2009.

Launching was fixed in January 2013, but the Russian space agency could not afford Roscosmos Lander. ISRO decides the launch of Chandrayaan-2 March 2018. But for some tests, the launch was delayed from April 2018 and again until October 2018.

In the meantime, in June 2018, ISRO took the decision that some changes will be made in the launch of Chandrayaan-2 in January 2019. Then the launch date was increased to February 2019.

In April 2019, there was also news of the launch. With the success of this mission, it will be clear that our scientists are not indulgent. They can complete any mission.

Lander Vikram and Rover Pragyan of Chandrayaan-2 will land on the South Pole. At the same time, orbiter, circling around the moon, will send data from Vikram and Pragyan to the ISRO centre located on Earth. The cost of this project is Rs.1000 crores.

If the mission succeeds, then after America, Russia, China, India will be the fourth country to ride on the moon.
ISRO landed its first mission on the moon 10 years ago. Chandrayaan-1 made the path-breaking discovery that the moon holds water. This revived scientists’ interest in the moon again.