Augmented Reality in Ecommerce: The Stats And Benefits

Augmented reality in eCommerce is the newest addition to the eCommerce sector. This new technology allows customers to interact with products while remaining in their own environment. COVID- 19 has shown how beneficial this technology can be as it effectively fills the pandemic gap.

In this post, we are going to read about some popular examples of AR making its way to the eCommerce industry and its benefits. One such example is the “Argos,” the first AR app launched in 2018. The app allows users to see the furniture that had been placed in their own residence. This is just the tip of the iceberg; we have more such examples for you.

According to PwC’s Global Consumer, Insights Consumers prefer to shop in-store for non-food items by 47 percent to 30 percent during a pandemic. The number of people shopping online has increased by 45 percent since the outbreak of the pandemic, and the number of people shopping online on computers and tablets has also increased significantly. “Global disruption has forced the acceleration of a more digital way of life,” and the COVID-19 outbreak has seen a shift in how people shop.

The National Statistics Office recently released a report that showed that retail sales in Great Britain in February 2021 were the highest on record. The stats revealed that online retail sales accounted for 20 percent of all retail sales in February 2020. This clearly indicates that the customers will no longer be able to shop in-store due to the Covid-19 restrictions, and as a result, more and more people will turn to online channels for their shopping needs.

Google AR survey revealed that 66 per cent of respondents are open to using augmented reality technology to aid them in their grocery shopping. According to Google product manager Jennifer Liu: “For many consumers, it’s the next best thing to actually being able to hold the product in their hands and experience it.”

Customers can feel more confident about their purchases when using augmented reality in ecommerce to bring eCommerce products to life with additional information. According to a study by Google, six out of ten people say they want to see how a product will fit into their daily lives.

Customers can see what their purchases will look like before they make a decision; augmented reality technology improves the customer experience.

High return rates are one of the biggest challenges faced by online retailers as consumers continue to prioritize online shopping. A study by Mintel found that 49% of UK online shoppers had returned items they’d purchased in the previous year, with that number rising to 60% among those aged 16-34 years old.

UPS polled 18,000 global online shoppers to get an idea of the reasons why people are sending back their purchases in a big 2019 report. According to the study, 30 percent of returns were attributed to defective or damaged products, followed by 27 percent of consumers who returned goods because they were “not as described,” according to the study.

By providing an immersive experience to new customers, e-commerce brands can build long-term and strong relationships with them. The use of augmented reality technology in eCommerce can improve conversion rates by increasing customer interaction with the brand.

During the Covid-19 pandemic, retailers that used AR technology saw a 19% increase in customer engagement, according to research from AR partner Vertebrae, a subsidiary of Facebook. Additionally, customers who use augmented reality (AR) have 90 percent higher conversion rates than those who do not.

Ecommerce platform Shopify claims that products advertised with VR/AR content had a 94% higher conversion rate than those without it, according to data recently released by the company.

For e-commerce brands like Etsy Clone that are interested in using augmented reality, Deloitte claims that 40% of customers would pay more for a product they could test through AR technology.

Although L’Oreal is a well-known name in the cosmetics industry, the company is also a major player in the Beauty Tech industry. Because of this transformation in the last decade, L’Oreal has made a public declaration of its desire to dominate Beauty Tech by offering customers an “unmatched experience” in terms of augmented products and services.

In 2018, L’Oreal purchased ModiFace, an AR try-on technology company. According to L’Oreal, its ModiFace service has received over a billion visits and an average of seven minutes spent on its services, making it a “powerful driver of online sales acceleration.”

With more than 120 showrooms, DFS is the UK’s largest sofa retailer. They launched the world’s largest web-based AR implementation in January 2020, and the results have been astounding. DFS used 3D and AR-enabled visualizations to allow consumers to virtually display over 10,000 sofas in their homes.

ASOS is an eCommerce retailer that serves over 22.3 million active customers. The brand offers 85,000 products to its global customer base through a market-leading app and mobile/desktop interfaces. During the pandemic, ASOS accelerated its use of augmented reality technology to avoid the need to shoot products in a studio.

Using augmented reality (AR) and Zeekit, ASOS was able to offer customers a virtual view of 500 products each week, all of which were photographed using real-life models. While maintaining social distancing, the technology used to digitally map each product onto the model ensured that product presentation remained as realistic and engaging as possible.

Adding an RSS feed to this site’s homepage is not supported, as it could lead to a loop that slows down your site. Try using another block, like the Latest Posts block, to list posts from the site.
Previous article
Rise of NFT and What it Means for Marketers
Next article
Wild Movie Facts Only an Inside Look Can Expose 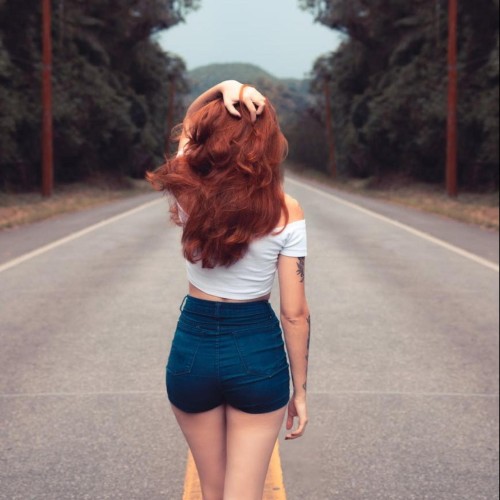 Patricia Smith
An experienced content writer & strategist with hands-on knowledge about technical and non-technical content and expertise in crafting content that creates value for the user.